Charles Edward Leatherland purchased the Old Rectory in Dunton in 1934. The property consisted of six bedrooms, attached stables and twenty acres of land and a moat. He kept two or three horses and was an enthusiastic rider and supporter of the Dunton hunt.

Leatherland was not an original Essex Man; he was born in Birmingham on the 18th April 1898 to John and Elizabeth. John at the time of the 1901 census was a gardener at St Andrews, Church of Wales, Dynas Powis, Glamorganshire.  They were residing in the Truant School Lodge and Elizabeth was the Lodge Keeper. By the time he was 12 his mother had died and he had a stepmother, Rose. The family were now living in Birmingham where his father, John was working as a Valet. Humble origins for someone who was to become a very respectable Labour Peer.

At the age of sixteen and lying about his age he enrolled in the Warwickshire regiment. And by the time he was 18 he was a Company Sergeant Major in a machine-gun battalion seeing service in France, Belgium and Germany. Unfortunately as the result of wounds, he had a limp for the rest of his life. On one occasion during a meeting of Labour Peers he reminded them that his limp was as a result of action. ‘Don’t forget, I saw service on the Somme’. Douglas Houghton, Lord Houghton of Sowerby retorted with ‘Ah yes, Charlie, you may have been at the Somme but you were not at Passchendale as I was’. An unforgettable moment of humour for those that were there!

Charles was always very conscious of only having a very basic education but before he left school he taught himself shorthand and typing which stood him in good stead for a life in journalism. However before he got his first job with Birmingham council he did a number of odd jobs. Boot-boy for a J.P., delivered newspapers, cleaned, sweeping snow, golf caddying and scrubbing floors in a chemist shop. He was not frightened of hard work.

On the day after he was demobbed at the age of 20 he joined the Labour Party and in 1921 he began his career as a journalist working for the Macclesfield Courier, where he rose to become Chief reporter and sub-editor. He moved onto the Daily Herald in 1929 as political sub-editor, became Assistant News Editor in 1938 and finally News Editor in 1941. 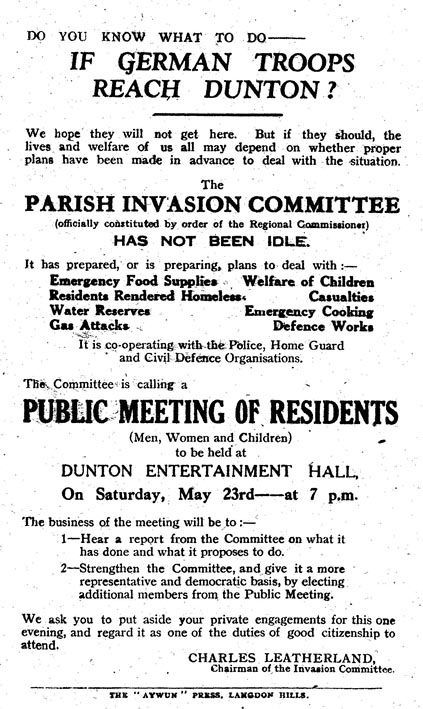 Unfortunately, his wife’s health was causing some concern so on the advice of her doctor they reluctantly moved in 1951 to a smaller more manageable house in Buckhurst Hill. Also in 1951 he was awarded the OBE for political and public service. He served as a member of the Essex County Council for 22 years, leader of the Labour group for 15 years and chairman of the council in 1960-1. He served as a magistrate for 26 years and became Deputy Lieutenant of Essex.

He believed that one of his greatest achievements was the role he played in the establishment of the University of Essex, where he was awarded an honorary doctorate in 1971. He passionately believed that education was the key to a fuller life. Having missed out himself he wanted it for others.  It was also partly due to his influence and political guile that kept Buckhurst Hill from becoming part of the Greater London Council.

It was Harold Wilson who gave him his life peerage in 1964 for his exceptional career in Journalism, politics and public service. He died in Epping 18th December 1992. 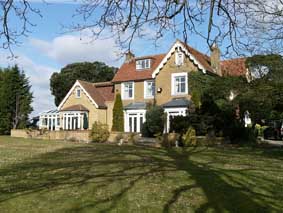 The Old Rectory as it appears today, a Hotel and function venue.