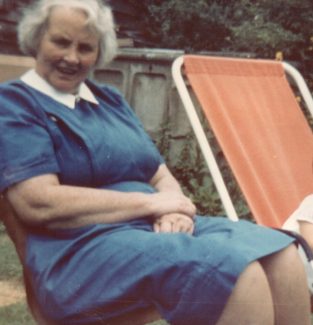 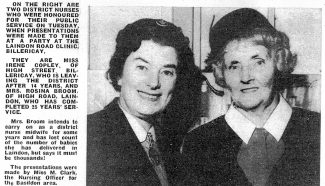 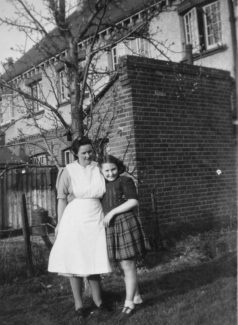 zoom
Nurse Broom and her Daughter Brenda in the back garden of the Nurse's Cottage c.1946 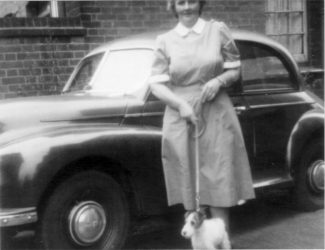 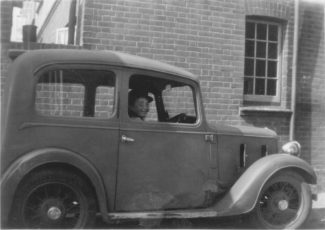 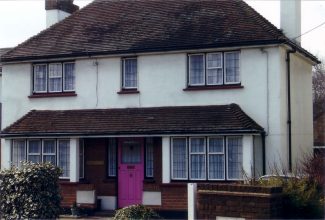 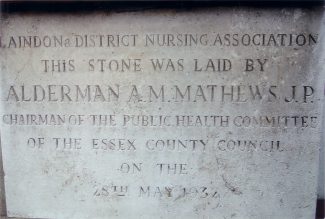 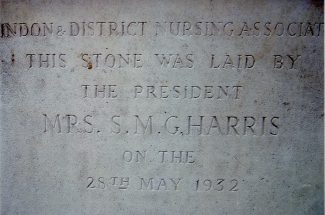 zoom
The commemorative stones pictured above were laid when the Nurse's Cottage was built in 1932; the stones are still visible either side of the front door. 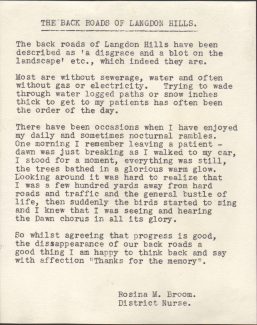 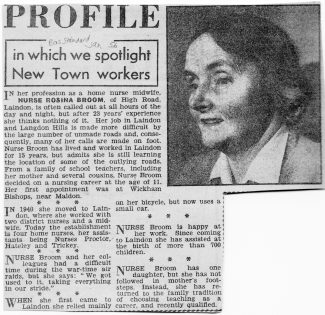 Nurse Broom came to Laindon as a District Nurse Midwife in 1941. She took up residence in the Nurse’s Cottage on Laindon High Road and soon became very well known and loved in the area attending many of the home births  that took place in those days. Nurse used to travel by bicycle or on foot in those early days but after a few years the local residents started a fund to get her some wheels. This resulted in a grey Austin 7 being purchased for her use and must have really made travelling a lot easier for her. We are guessing this was shortly after the war ended as the photo of the car has nurse’s young daughter Brenda posing in the driver’s seat when the car arrived. Much later on Nurse Broom used a Morris 8 for her duties. Sorry the only photo we have has only half her head on. Think the pet dog was after getting in on the shot!!!  Nurse Broom completed 25 years service during 1966 and a presentation was made at Laindon Road Clinic, Billericay to honour her public service.

We had Nurse Broom deliver our first baby in 1965 at home in New Century Road as Nurse Trickey was off duty that weekend. I believe they both had alternate weekends off so took on each other’s patients when off duty. My husband was particularly pleased as Nurse Broom had delivered his younger brother David back in 1946 and she and his mother were great friends.

Nurse Broom retired from service in 1972 and had a happy and healthy retirement until her death in 2002 aged 93 years.