Do you remember Perry McCarthy 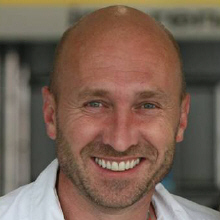 This article is based on an initial posting on our family Message board by William Diment and following the latest comment from Paul Gibson I felt needed to be made more prominent. I hope any of our readers who know Perry McCarthy will ask him to contact us and provide a short article.

While much has been written in respect of the bikers of Laindon. Does anyone remember Perry McCarthy who raced cars and had success in the company of persons such as Johnny Herbert, but never quite made it into Formula 1.

In the late 1970’s, Perry lived in Church Rd. opposite the police garages

I knew Perry, I went to school with him. He went on to race formula one race cars. He also went on to become the Stig in the TV show top gear.  I think he now lives in Billericay.

Ian has a comprehensive list of Perry’s career but is waiting for permission from the website to use it. I hope it is granted as it makes interesting reading.

You are correct, he did move to Billericay, but I do not know if he is still there.

I have sent an email directly to Barry and will follow up if I do not hear in the next couple of days.

Hallo William, I’m glad you brought this subject up and yes it will make intresting reading if permission is given.

Editor: I will chase this up during the week to see if I can get permission.

It would seem that Ian is having some problems in respect of copyright concerning Perry McCarthy and I give below the website where this information can be obtained.

Have you by any chance been able to make any progress in respect of the copyright protecting the career of Perry McCarthy?.

I have been tied up with some personal problems but will be chasing it up over the next couple of weeks.

It does seem a pity that the history of Perry McCarthy has not been recorded in the archives due to copyright regulations. I can understand the difficulty Ian has had in his attempt, as I too wrote to the Perry McCarthy PA team requesting permission for some of the information already in the public domain via the internet to be shown and while I did receive an acknowledgement nothing further was forthcoming.

Perry McCarthy was the guest speaker at Basildon Round Tables 50th Charter Dinner at the Holiday Inn Basildon last month. He held his audience spellbound for over an hour talking about his life as the Stig and his rise though the ranks from go carts to formula one. He has written a book aptly named :Flat out, Flat broke, Formula one the hard way: which was published in March this year. An interesting read for petrol heads.