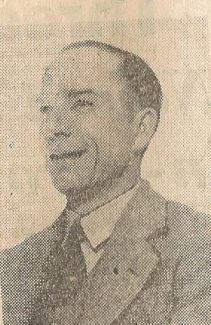 The history of a district is not just down to large old buildings, castles or the odd medieval battle but down to the people. It is people who create history and culture. Laindon and district has had many famous people, Joan Sims, Joe Goodman, Eamonn Martin, Alison Moyet, Depache Mode, Greg Smith, Jillian Hipsey and many more but what about the rest of us. Well! Laindon and district from the 1930s through to the 1960s had a number of Amateur Musical and Drama groups: Laindon and District Operatic Society (now BasOp), Langdon Players, Laindon Revellers, St John’s Glee Club, Laindon Community Youth Drama Club, and several more that do not immediately come to mind.

With advent of television these groups slowly disappeared, but BasOp is still going and the Thalian Theatre Group was formed in 1972 and rehearse at the Laindon Community Centre and there are a number of Dance Groups around.

Back in the early 1950s the Southend District Times and Laindon Recorder run a series of articles on the main players involved in the Laindon and District Operatic Society, under the heading ‘Across the footlights’. I thought it would be a good idea if we repeated them and the first is of Cyril Holland, son of the founder of the Society.

‘Taking as more active part in the production of Laindon Operatic shows is Cyril Holland, the son of the Mr Holland who founded the Society. Cyril has been in every show since the first in 1930.

His job was at one time providing the humour in the shows but since the war – he served in the RAF – he has taken on the burden of producing, first as stage manager, then as deputy for his father during his illness.

Now in the Society’s “coming-of-age season” Cyril has accepted the difficult task of directing the chorus.

Few realize what is involved in getting some 50 people to do and sing the right thing at the right moment.

In addition to this he also has to write stage directions, edit the orchestral score to suit the production and a host of other things.

Cyril works in car insurance and the annual operatic productions, leaves him no time for hobbies.’

The current group still have a lot of Laindon and District people involved, so in time we might be able to persuade them to allow us to do a small piece on them.

In the meantime who remembers Cyril and some of the society’s productions.