BasOP - the society for musical theatre in Basildon

Back in late 1929, ‘Pop Holland’ decided to raise funds to purchase football kit for his choir boy team. He would get them to perform a musical in the church hall. It was said that the real reason was to keep them off the streets on a Saturday morning.

March 1930 saw the show ‘Pirates of Penzance’ put on by St Mary’s Athletic Club with a budget of £23. Entrance was by donation so that copyright did not have to be paid. They ended up with a profit of 2/6d (12.1/2p)

In 1932 the name was changed to St Mary’s Club and again in 1937 to St Mary’s Amateur Operatic Society and started performing at the Laindon High Road School (now demolished).

In 1947 after being closed due to the war (most members were in the services) they started again and once more changed the name to Laindon & District Amateur Operatic & Dramatic Society to show that they represented the whole area and not just St Mary’s, Langdon Hills. The rehearsals took place on a Tuesday and have remained on this day ever since. 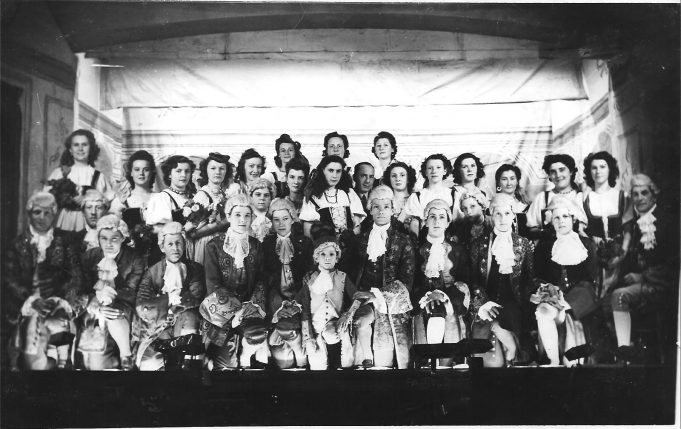 Can you spot Joan Sims?

In 1961 a change of venue with performances taking place at the Old Laindon Community Centre; then in 1963 due to the encroaching New Town and to stop competition, the name was changed once again, this time to Basildon Amateur Operatic Society. 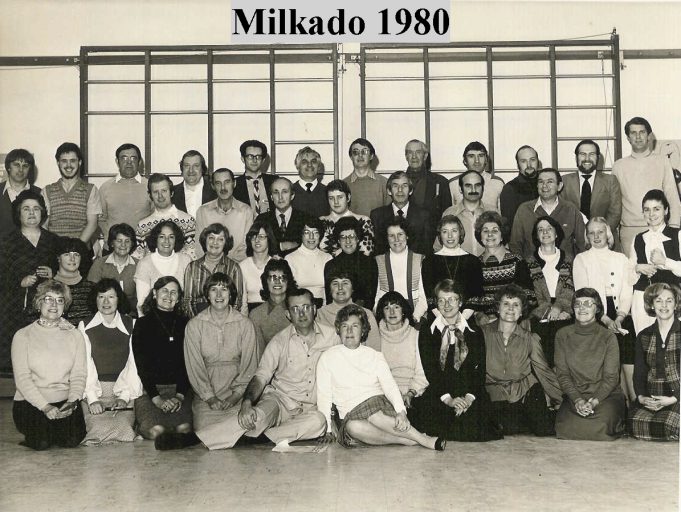 In 1969 the society began performing at the much missed Basildon Arts Centre and then in 1976 at the new Towngate Theatre. 1991 saw yet another change by dropping the ‘amateur’ to just ‘Basildon Operatic Society’ as we believed that patrons were put off by the title. In 2004 a logo of ‘BasOp’ (the Society for Musical Theatre in Basildon) was introduced which you will see on our website and posters etc.

Due to the closure of the Towngate for a number of years, the society has performed at various other venues. These have included Fryerns School, Woodland School, Thameside Theatre in Grays and Eastwood Theatre School. 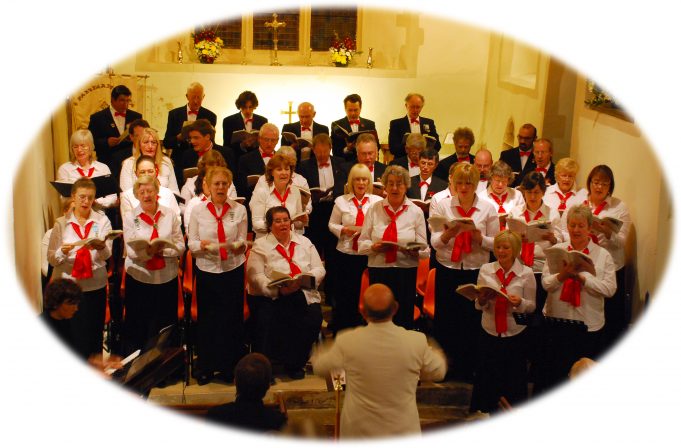 Today the society has a membership of approximately 60 people of all ages and doesn’t only perform full size musicals but also cabarets, plays and a series of Christmas concerts each year.

A few of our members have gone on to perform on the West End stage, films and even Glyndebourne Opera, most notably Joan Sims of the “Carry On” fame.

I believe we are the only Laindon entertainment group from the 1930s still performing.

If you want to know more about the society or forth coming events, please go to the BasOp website.

In the meantime we look forward to seeing you at one of our shows.