You are here: HomenextPeoplenextSports and sports peoplenextLaindon and District Ladies Dart Team 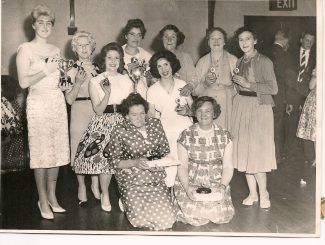 I was 15/16 years old, but we were allowed in The Crown with parents, no alcohol, there was nothing else up Langdon Hills socially. As one of four girls we were not allowed down into Laindon, ie; Memorial Hall, no way of getting home other than walking. Street lighting was very poor [gas lamps] especially once you left the main road, plus there were a lot of young men around from the Army Camp.