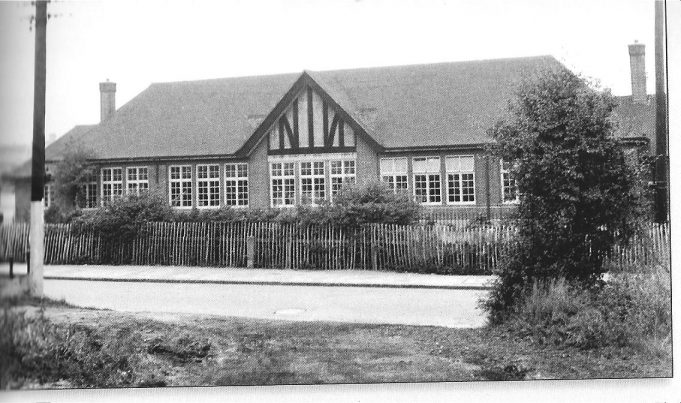 The school opened on the 7th May 1928, with five classrooms, staff rooms and two cloakrooms for children from five to 14 years of age. Laindon at the time had two other schools, St Nicholas (now Laindon Park) and Langdon Hills – both of which were so overcrowded that many children could not attend school at all. This had occurred because of the rapid influx of population in the years following the First World War. The population in 1901 of Laindon and Langdon Hills was only 641; by 1931 it had risen to well over 6000.

Two hundred and forty four children enrolled during the first two days and to cope with these was a staff of five lady teachers and a headmaster – Mr G. L. Radford. This was the first time that a Laindon school had had a headmaster.

Although there were desks for the pupils, there were no books, no pens, no pencils and no playing field but they got by and it was a happy school. A local owner allowed them to use a field to the north of the school for sports and play. 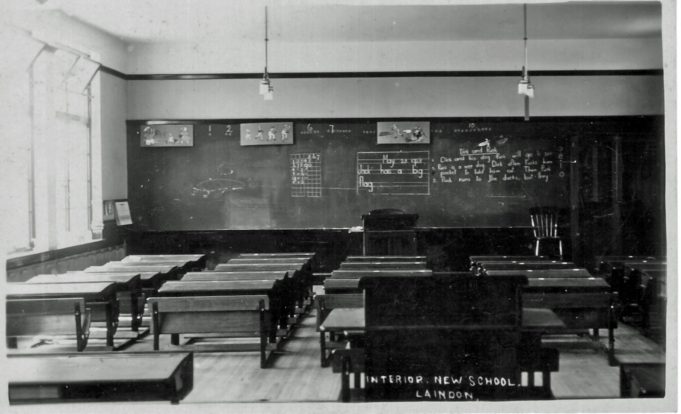 One of the class rooms

During the month that followed another 60 children enrolled and the numbers continued to rise to such an extent, that the builders, Messrs. Marven Bros. of Galleywood spent the next four years enlarging the school. 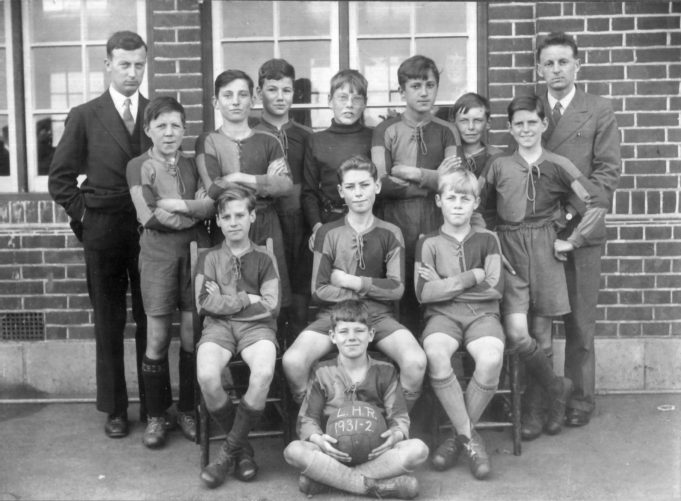 In September 1931 the wooden church hall used by St Nicholas School (now Laindon Park) for extra accommodation, was burnt down, resulting in 43 senior children being transferred to the High Road, along with two teachers; St Nicholas became a junior school (Laindon Park).

By 1932 the number of children had risen to beyond 1,000 pupils, with a staff of 25. It was therefore decided that a new school was required catering for the juniors. Markham’s Chase was the new school (now Janet Duke) and Miss Duke, Senior Mistress of the High Road was appointed its first headmistress. So in February 1933, the High Road became a senior school with 547 pupils and a commencing staff of 15 teachers and a headmaster.

The Second World War years were difficult with many of the men teachers in the forces but the ladies carried on. For a time the school was down to only ten teachers with over 700 pupils to teach. Although there was a war on, it was an exciting time for the children, who spent many hours in the shelters during air raids.

After the war the school took on a new name – Laindon Secondary Modern School, but the locals still called it the ‘High Road’.  Mr Radford eventually retired in 1949 and Mr. J. H. Woodward senior master took over until 1962 when he moved to take charge of Woodlands Boys School, Basildon. Mr Chadband then took over as the last headmaster.

A swimming pool was opened in April 1960 and for many years was open air until finally receiving a roof in 1972.  In the 1980s it was renamed ‘The Laindon School’.  However, with falling numbers it was decided to merge with Nicholas School (built in the 1963 to deal with the increasing population) in St Nicholas Lane to form ‘The James Hornsby High School’. The site chosen for the new amalgamated school was the Nicholas site, so in September 2000, the High Road school finally closed its doors.

For a time the former sixth form block was used for a pre-school nursery and playgroup but by May 2007 the bulldozers started to move in to prepare the site for another new housing development, that’s to bear the name Radford, at least the authorities have not forgotten our history.