You are here: HomenextPeoplenextSports and sports peoplenextAthleticsnextThe Forming of Phoenix Striders Walking and Running Club

The Forming of Phoenix Striders Walking and Running Club

During our short life we have organised The Basildon 5K for 6 years and 1mile Fun Run for the past 2 years, these in aid of Little Haven's Children's Hospice. 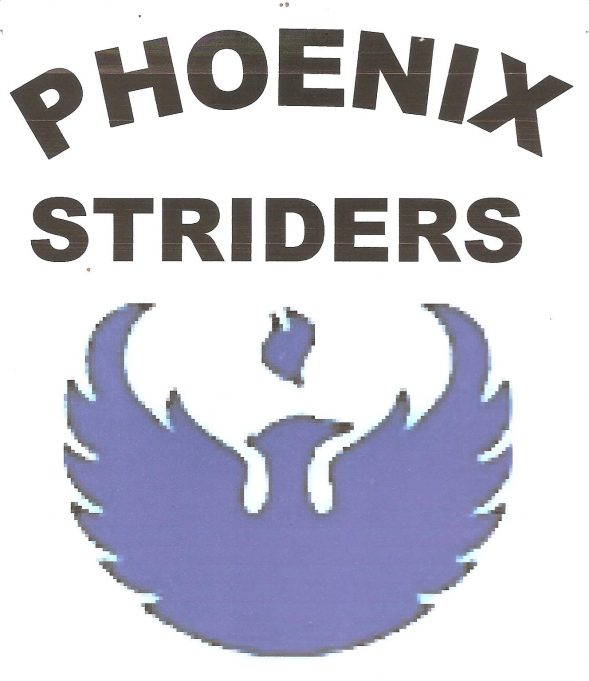 Back in 2003 a small group of runners volunteered to help non-running ladies to train for the first Basildon organised ‘Race for Life’.  After they had completed their training and achieved their respective goals either running or walk/running the 5K course these ladies, having ‘got the bug’, said “What can we do now?”  The trainers admitted that they had been toying with the idea of starting a new walking/running club and would the ladies be interested.  Most jumped at the chance.

A steering committee was formed and after all the forms had been filled in, a constitution written and approved, affiliation papers and cheques sent to Essex County Athletics Association, South East Athletics Association and England Athletics; club logo designed, club colours decided upon and official notepaper heading approved the Phoenix Striders Walking and Running Club became official on July 1st 2004.  Of course now we had male members as well as female.  We set a yearly membership fee of £10, meaning that provided one has a reasonable pair of trainers anyone can afford to take part.  Incidentally this fee remains the same in 2011!!!

We were lucky enough to be able to use Markhams Chase Leisure Centre for our pre walk/run meetings, first of all in the lobby but, after our numbers grew and we became too noisy we were sent up to the bar room to gather!!!  The staff members at Markhams have been really helpful and supportive, directing new members to the right place and looking after our keys while we are out during the evening. Unfortunately Markhams is being pulled down at the end of March but, we have approached Laindon Community Centre and they are happy for us to meet in the bar prior to going out.  Our club evenings are Tuesday and Thursday, gathering around 7:00pm and leaving promptly at 7:15pm. Contacts:- Judy 07787 723860 or http://www.phoenixstriders.org.uk/ .

We start meeting at The Laindon Community Centre, (corner of High Rd and Somerset Rd ) on Tuesday 29th March.

OUR ACHIEVEMENTS SO FAR

During our short life we have organised The Basildon 5K for 6 years and 1mile Fun Run for the past 2 years, these in aid of Little Haven’s Children’s Hospice.  These runs will go ahead once more on Sunday 7th August in Gloucester Park.  We have organised 3 ‘Run for the Children’ races also in Gloucester Park and last year the Basildon area ‘Sport Relief mile at the same venue which raised £11,000.

We support Essex Wildlife Trust with money raised from the ‘Summer Series, four 5K off-road evening trail runs through the woods starting from Langdon Visitor Centre and the Langdon ‘5’ (miles) also through the reserve on the 3rd Sunday in October.  We gave most of our share of the 2010 ‘Summer Series’ to the Jordan Wright Charity.  Our charity for this year is Huntingdon’s Disease Association.

Last year we were voted Basildon’s ‘Club of the Year’ 2010/11.  We aim to provide a friendly walking and running club, which is easily accessible to all; and to encourage and support members towards achieving their individual goals. Also to promote amateur athletics and to work in partnership with agencies, organisations and charities to promote walking and running as means to a healthier lifestyle.

To help to achieve these we have18 members who have been on walking /running leadership courses.  While on the subject of membership numbers we started in 2004 with 26 at the end of June 2010 we had 201.  Of course membership fluctuates and each year we gain some and lose some.  On an average club evening we’ll get 40/50 members and as we divide into groups each member can decide on the night which group he/she wishes to join depending on ability, fitness or inclination.  Our main aim is to be supportive to all members whatever their individual aspirations. 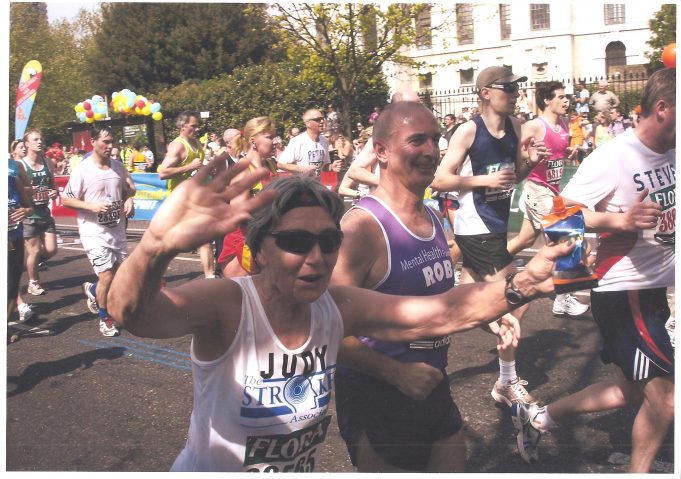 We have members who take part in many events from long distance walking to marathons and even, on one occasion, an ultra marathon. 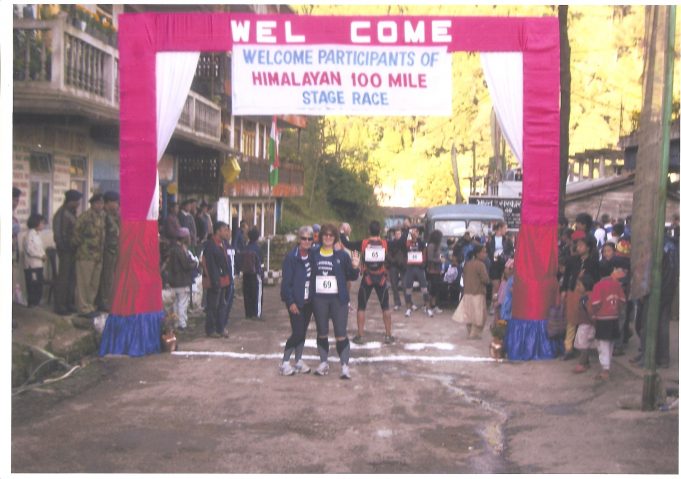 From 5K trail runs through the woods to a struggle to Everest Base camp!!  We have run marathons and half marathons in Canada, France, Ireland, Scotland, India and Norway.  We enter male and female teams in the Essex Cross Country races and several members have run the Benfleet ‘15’(miles) multi-terrain, usually in appalling weather!!!!  Although most of our members are happy, modest fun joggers some aspire to higher levels and at this time our fastest marathon times are male 3hrs 14mins and female 3hrs 34mins.  At the time of going to press we have 10 members running the 2011 London Marathon and 29 helping on the 4mile water station.  For these members it means getting up really early to arrive at the water station by 7.30am and opening 35,000 bottles of water, there are other helpers!!!!  This is a great way of giving back to the sport and getting an excellent front line view of the elite runners, wheelchair competitors and of course the masses of regular mortals who run, jog or walk their way round the 26.2miles course.