There are several wood working groups at Laindon Community Centre but it is the Wednesday Morning one that has hit the headlines with two superb models of motor bikes. Approximately three years ago one of the members, Len Hayes was looking through an old wood work book when he came across a detailed diagram of how to make a wooden motor bike. He took it in and showed it to his colleagues, who initially showed little interest but he went back home and made up the front wheel, showed it to his colleagues and they were on their way. 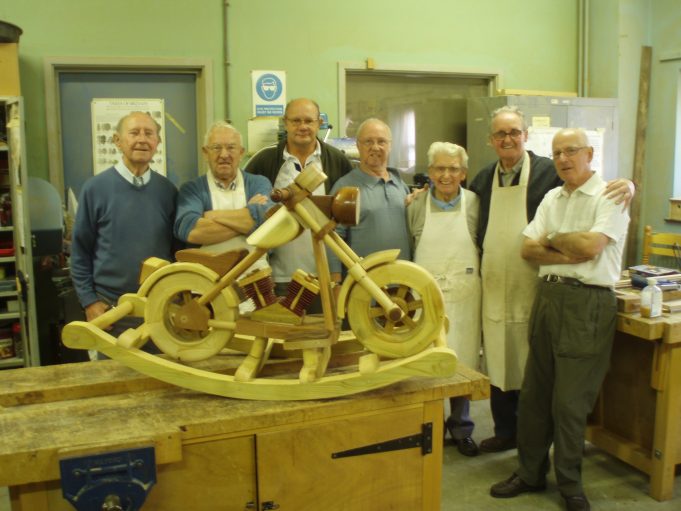 The Laindon Rocket, Len is second from the right

The first one they made was named the Laindon Rocket and was presented to the Basildon Hospital Children’s Ward. 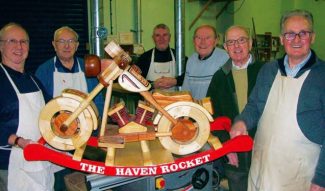 The Second was the Haven’s Rocket and it was presented (February 2011) to the Haven’s Children Hospice.

I wonder how many more they have up their sleeve.