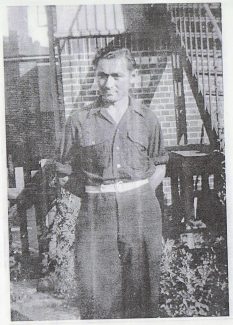 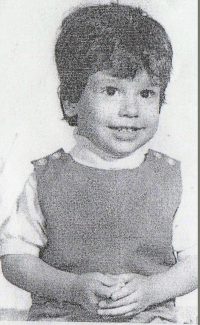 Hans was born on 10 March 1921 in Wasserndorf, district Kitzingen and died on 31 October 1988. He served as a sergeant (Unteroffizier) in the Germany army and was taken prisoner on 12 September 1944 in Le Havre, France. He was transferred to England where he stayed in a number of camps:

He was also registered at Camp 266 Hutted Camp, Langdon Hills. He returned home got married and had two children, son and daughter. His daughter Christa tells us that he did not speak much about his time in England other than working on the farms and that he was very well treated and had a good time.

When he died, Christa found in his wallet a photograph of a little girl who it is now understood he fathered while in England. Christa believes the little girl, her half-sister was possible called Marian(ne). Although she appreciates that time has passed, she would love to find her.

I appreciate the chances of Hans having the baby while stationed at Langdon Hills is very remote but you never know, so if anybody out there remembers him please get in touch.