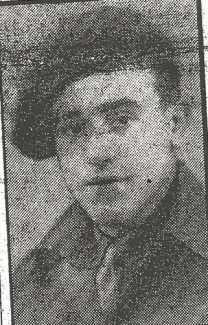 Over the next few years you are going to hear a tremendous amount about our Soldiers who fought in the First and Second World Wars but what about our brave men who fought in the Korea War (June 1950 – July 1953). Arthur Judge is one of those men who fought in the Second World War only to be killed in Korea. He was born in 1920, went to Laindon High Road School, worked for several local firms before joining the boy service in the Army at 16. He was following in the footsteps of his father who was a war veteran of the First World war and his two older brothers who were also in the Army. He had joined the Middlesex Regiment and fought in many of the theatres of the Second world War. He had come through Dunkirk safely, served throughout the Middle east, landed at Anzio and finally reached Rome before being posted back home, released from the army and placed on reserve. He got married, moved to Dorset and had two young children before being called back in September 1950 and sent to Korea. The local Laindon Recorder reported his death as follows: He fought with the gallant Gloucesters  Laindon man killed in Korean battle.  ‘When the Gallant Gloucester regiment fought their desperate battle of the Imjin River in Korea against overwhelming Red Troops, suffering heavy losses, one of the soldiers killed in this great struggle against Communist aggression was a Laindon man – 31 year old Private Arthur Judge. His parents, Mr and Mrs W R Judge, whose home is at Gladstone Road, Laindon (Langdon Hills), first heard the news of his death last Thursday. The father told reporters that Arthur was the youngest of his three sons. They all served in the Army either during the First or Second World War and between the four of them had 52 years’ military service and held 22 campaign medals. “We are proud of our record”. “The news that Arthur had been killed came as a terrible blow to us. We are still trying to confirm the manner of his death with the war office”. The Basildon Heritage group are compiling a Roll of Honour of those killed in the First and Second World War and hopefully the First World War will be complete later this year and the Second World War next year. The information will be supplied to all Basildon Libraries in a loose leaf binder format so any names that have been missed can be added at a later date. It is also the group’s intention to compile a Roll of Honour of those killed in subsequent conflicts. Arthur is our first – if you know of any others perhaps you will kindly let the group know. (www.basildonheritage.org.uk).  Eventually complete Rolls of Honour for the Laindon and District will appear on our web site.