Snippet from the Past (1) 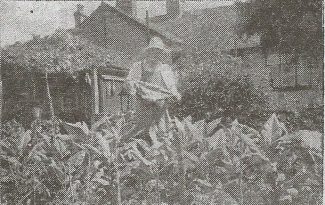 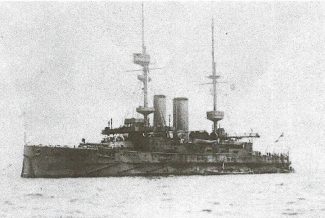 Did you know that back in 1949 tobacco was being grown in Laindon? The Wickford Times on Friday, September 9th, 1949 reported the following:

He Grows His Own

Pipe smoker, Mr Charles Frederick Bright of Glenhurst, Church Road, is a Laindon man without a tobacco care. He is never without a smoke, always gets the brand he likes best and does not know what it is to make a fruitless tour of the shops in search of a smoke. And it’s quite inexpensive.

For Mr Bright, retired Navy man working now as a postman grows his own tobacco.

Last year, at his first attempt, he grew enough tobacco between 14 and 15 pounds – to last him round until this year’s crop is ready. He thinks that this year’s crop will yield as much as he grew last year – and that means another 12 months of contented smoking.

Mr Bright retired from the Navy in 1945 after completing 34 years service. His wife and daughter have lived in Laindon for 24 years.

Mr Bright first saw tobacco grown in Nudros, one of the Southern Islands of Greece, in 1919 but he did not think then that he would ever become a successful grower himself. To him it is just a hobby but as he draws contentedly on his pipe, confesses that it is a very useful hobby.

Curing note: The sun dries his leaves and he then treats them with saltpetre and glycerine.

I thought this was an unusual hobby but in an earlier edition of the newspaper I found that a former Mercantile Marine Captain, Arthur Curtis Wilson from Billericay was also growing his own tobacco. So it might not have been so unusual 65 years ago.

What interested me with regards to Charles Bright is that he had signed on for the Navy around 1911 which meant he must have seen action not only in the First World War but also the Second World War. Unfortunately I have not been able to find his war records other than establishing according to the 1911 census that he was on board HMS London in the port of Gibraltar. Rank, ordinary seaman and he was 18 years of age born in Bisley, Surrey. HMS London was a 1st Class Battleship part of the Atlantic Fleet. In May 1912 it joined the 5th Squadron for experiments with seaplanes and it remained with the squadron until the outbreak of war. Served with the Channel patrols from August 1914, then transferred to the Dardanelles to replace losses. Moved on to the Aidriatic in May 1915, to bolster Italian resistance and remained at Taranto until 1917, returned home for conversion to a Minelayer, joining the 1st Minelayer Squadron in January 1918.

One can only assume that Charles remain with the ship during this period. The question is does anybody remember the family it would be great to establish his war story. Just another one of our unsung heroes’.

The Electoral register for 1929 has him living in Church Road, Laindon with his wife Ellen and daughter Lydia.