Snippets from the Past (3) 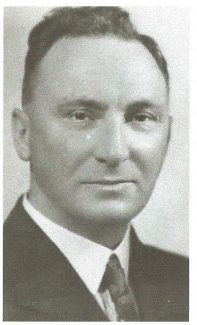 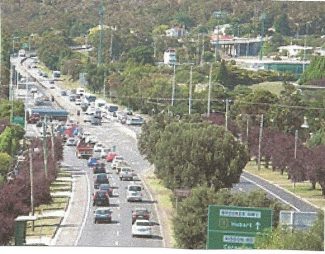 Did you know that one of our residents became Prime Minister of Tasmania – he could also come under the section of famous Laindon people.

Mr E H Brooker, who is 54 years of age, was born in Willesden and before the 1914-18 war, worked at Asciatic Petroleum Company. He joined the Army in 1914 and spent most of his service in the East.

From 1919 until 1922 he lived in Laindon with his parents at Brooklands in the High Road and Londesboro, in the High Road. His parents, Mr and Mrs Henry Brooker are still remembered by the older residents of Laindon for their work in the district, locally. Mr Brookers father died in 1934 and his mother is now living with her sister at Woolwich.

Mr Brooker went to Tasmania in 1922 and after a series of “hard times” obtained a position at Cadbury’s. He became a member of the Tasmanian government and held cabinet offices Minister of Transport, Minister of State and Minister of Land and Works.

Members of the Brooker family still residing in Laindon are well known and remembered for their connections in farming and business circles.

It is not surprising that the papers got his name wrong, probably confused because his fathers name was Henry. His correct name was William Edward and the following is from the Australian Dictionary of Biography:

William Edward Brooker (1891-1948), premier and fitter-and-turner, was born on 4 January 1891 at Hendon, Middlesex, England, son of Henry Brooker, journeyman instrument-maker, and his wife Sarah Ann, née Knowles. Edward was educated at Enfield School, London. He worked for his father and as a clerk for the Asiatic Petroleum Corporation before managing Henry’s business. A member of the Territorial Force, Brooker served from August 1914 with the Royal Army Medical Corps on Gallipoli, at Salonika and in Palestine. He was training as an observer pilot when demobilized in April 1919 with the rank of sergeant. At St Andrew’s parish church, Bethnal Green, London, on 13 September 1919 he married Lydia Grace Minnie Wilson.

Postwar difficulties persuaded Brooker, then employed as a mechanical engineer, to take a free, ex-serviceman’s passage to Australia. Arriving in Melbourne with his wife and infant son in the Orsova on 31 August 1921, he moved to Tasmania and was briefly employed as a labourer on a farm at St Marys. From 27 October he was a pipe-fitter at Cadbury Fry Pascall Australia Ltd, Hobart.

A member of the Amalgamated Engineering Union, Brooker joined the Australian Labour Party and in May 1931 was an unsuccessful candidate for the State seat of Franklin. Next year, attracted by the ameliorative possibilities of Major C. H. Douglas’s economic ideas, he was founding president of the Hobart branch of the Douglas Credit Association. Campaigning on a platform which included social credit policies, Brooker was returned to the House of Assembly in June 1934 as a Labour member for Franklin, an electorate he was to represent until his death. The Ogilvie Labour government (1934-39) held office with the support of an Independent, G S Carruthers who was another Douglasite.

In December 1947 Cosgrove was indicted for bribery and conspiracy. Pending a decision on the charges, on the 18th Brooker became premier. Following Cosgrove’s acquittal, Brooker resigned the premiership on 24 February 1948 and was appointed treasurer and minister for transport. An avid reader, a keen musician and a dabbler in poetry, he was a justice of the peace, vice-president of the Glenorchy branch of the Returned Sailors’, Soldiers’ and Airmen’s Imperial League of Australia, a member of the Hobart Public Hospitals Board and belonged to Legacy. Survived by his wife, three sons and two daughters, Brooker died suddenly of acute pulmonary oedema on 18 June 1948 at his Montrose home and was buried in Cornelian Bay cemetery. Hobart’s northern outlet, the Brooker Highway, commemorates him.

Does anybody out there remember his family?