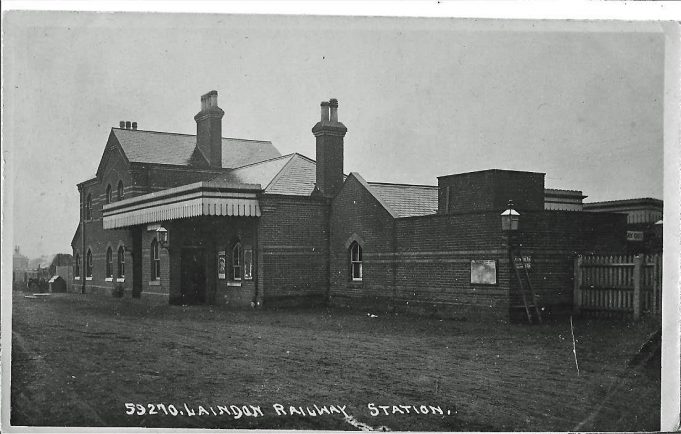 Laindon railway station came into service in June 1888.  Prior to its opening Laindon and the surrounding district was as remote as any area in Southern England despite its closeness to London . With the agricultural depression of the 1870/80s and the coming of the railway this made the area ripe for development in the latter part of the 1800s.

To house the railway workers, a row of eight terrace cottages were built at the west end of the railway station off Denbigh Road backing onto the railway line. They became known as the ‘Railway Cottages’ and were not demolished until the early 1970s. 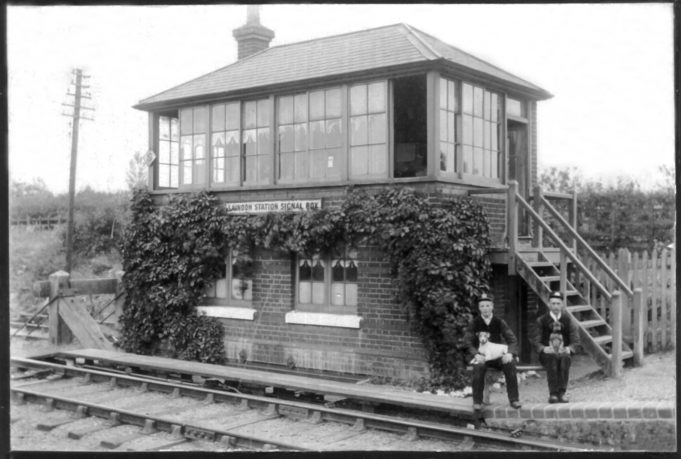 By 1912 the London, Tilbury and Southend Railway Company (LT&SR) had been absorbed by the Midland Railway (MR), with further amalgamation in 1923 to the London , Midland and Scottish Railway ( LMS ). The train service is now operated by the company C2C.

In 1933 the up platform was made into an island and a third line added to provide a passing loop for up trains to Fenchurch Street . In 1957 this loop became the main up stop and the previous stop reversed.

Another engine was named after another part of our district ‘Dunton’

Probably the most famous station master was John Harry Sims but this was because of his daughter, Joan Sims who was born in 1930 and was destined to become a famous actress. In her autobiography ‘High Spirits’ she tells us that Laindon station offered her a ready made stage where in the loading bays of the goods yards that faced directly towards the platform she would dress up and put on impromptu performances for the stream of passengers. ‘Laindon station was a world of its own, rich in characters’.

Though Laindon was not in the front line in the Second World War it did see a considerable amount of enemy action, partly bought on by the fact that German aircraft would use the railway, as it had done in the First World War, as guidance into the centre of London . An anti-aircraft gun was therefore installed in the station goods yard.

The goods yard was roughly where today’s main station car park is and in its early days was used by various coal merchants. Hall’s, Hayes Fuels and Morris and Farmer all had a coal depot there. The Evening Standard and Newspaper group also had a small building in the yard.

Tragedy struck on the 30th January 1958 when the 6:35pm train from Fenchurch Street ran into the back of the 6:20pm in thick fog at Dagenham. Six Basildon people died of which three were from Laindon and one from Langdon Hills. At least another twenty were injured from the Basildon area and in many cases families only found out about their love ones the following day from the newspapers; a situation that would be unacceptable today. (Read the recollections of those involved)

The latter part of the 1950’s saw some station improvements, upgrading the tobacco kiosk and a personal weighing machine. Joan tells us that her Aunt served in the sweet and tobacco kiosk, making the running of the station a family affair. Then in 1961 came electrification, almost 50 years after it was first proposed. In June 1962 the last steam train the 42501 left Fenchurch Street Station at 6:10pm for Thorpe Bay. Other than a special clean and polish for the occasion there was no other celebration and she ended up in Shoeburyness depot, awaiting the indignity of the breakers yard. The signal box at the east end of Laindon station then soon disappeared. 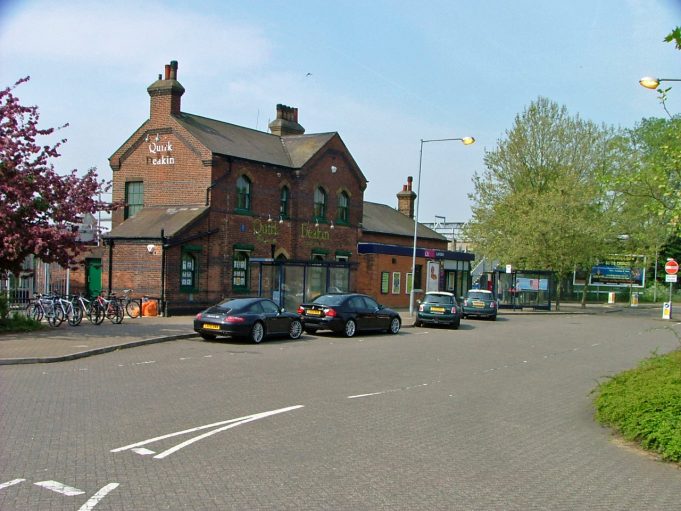 The 18th June 1962 saw the full electric service commence and although the journey from Laindon to Fenchurch Street was cut considerably from 50 minutes to 35 minutes, it became known as the ‘misery line’. It is not until the last few years that the service now appears to be as good as the romantic days of steam!