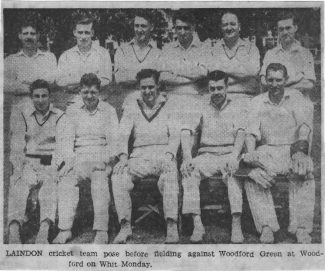 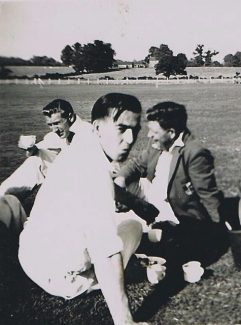 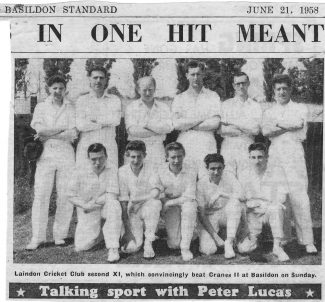 This picture of the team was taken at Woodford on Whit Monday 1956 and appeared in the Laindon Recorder in May, 1956

This is a rather less formal photograph taken a few years earlier at an unknown ‘away’ location. It includes Ivor Howe (with cup in hand), Jack Wilson (on right) and Doug Cordery (looking at camera). I think this was one of my first games for the club and I could only have been about 13/14.

The following is from the Basildon Recorder on 21 June 1958 of the Second XI at the match against Cranes eleven. I think this one is of particular interest as it includes Bert Lovell who has been the subject of discussion on the site.