Snippets from the Past (4) 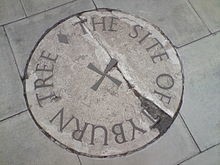 While perusing through some old Essex Countryside magazines I came across the following article:

‘The Rev. John Talbot, curate of Laindon, was attacked on July 2nd 1669, as he was walking along a road in London called Aniseed Clear, Shoreditch. His throat was cut and after a hue and cry, two men and a woman were arrested and identified by the dying cleric. When asked if he forgave them, he replied: “I pray for the welfare of their souls but I desire the law to be executed on their bodies.”

On July 14th, 1669, the three were hanged at Tyburn. The two men confessed their guilt before they were “turned off,” while the woman maintained her innocence to the end.

Interesting to note that Justice was swift in those days, from offence to execution twelve days’.