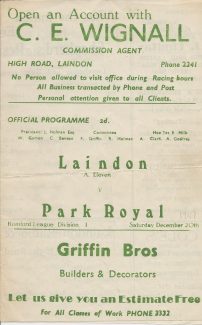 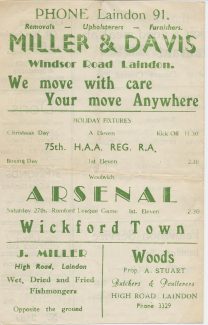 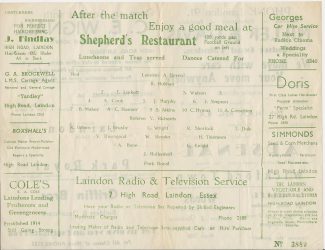 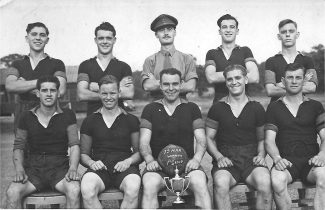 The programme is a match between Laindon ‘A’, verses Park Royal in the Romford League Division 1 played on Saturday December 20th 1947 on the ground at the back of the Laindon Hotel.

The President of the club at the time was J Holman who was the proprietor of the Laindon Hotel and the Laindon’s goalkeeper was R Holman, presumably J Holman’s son.

What is interesting are the adverts, who remembers the shops and businesses?

The back page of the programme list the next three matches, the Christmas Day match was against the 75th. H.A.A. Regiment R.A. they were station at the Langdon Hills army camp at the bottom of Old Church Hill.The photograph of the football team seams to have only ten men and the officer in the centre I assume is the goalkeeper.