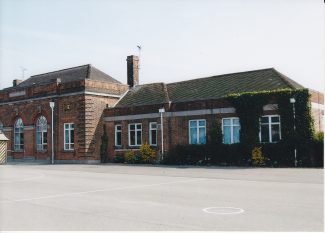 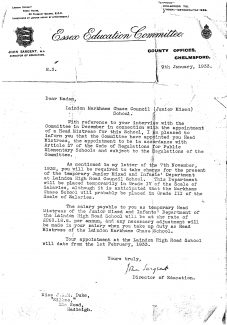 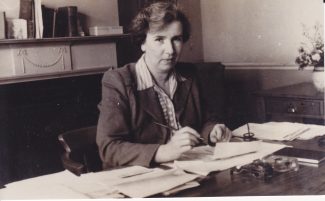 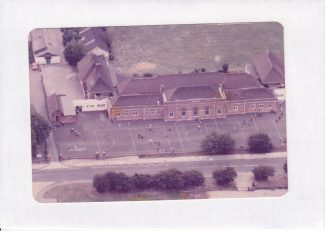 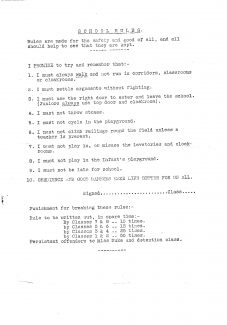 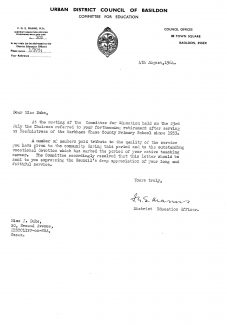 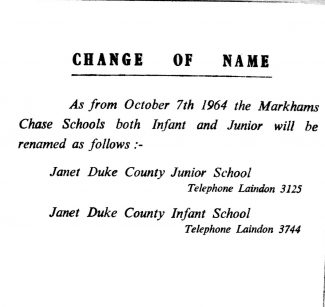 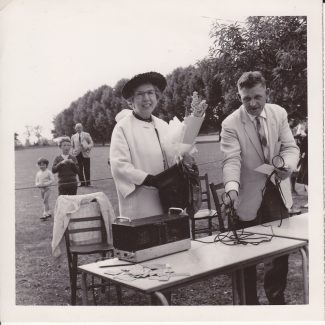 In 1933 High Road School, Laindon was re-organised as a senior school only and the parents of junior and infant children were given the choice of sending them to either Langdon Hills, St Nicholas Lane (Donaldsons) or Dunton Schools or alternatively to the newly built school in Markhams Chase which was opened on 2nd October 1933.

The staff consisted of Miss Janet Duke (headmistress) who at the age of 29 was the youngest headmistress ever appointed, and had already been serving firstly as a teacher and then as acting head for the infants and juniors attending Laindon High Road School, Mr. Gorham and Mr. Wilson Miss. A.French, Miss. B.French, Miss. G.French, Miss. Wright, Miss. Snowling, Miss. Dowey and Miss. Mears.

There were initially 406 children on the roll, which means that there were over 40 children in each class.

A visit by the School managers on 1st November 1933 reported that the Headmistress and staff were working hard and in perfect harmony and everything was very satisfactory.

On 1st January 1934 Mrs. Dabbs was appointed as school cook and dinners were cooked in the original staff room and initially served to 59 children in the main school assembly hall.

By 1937 the school numbers had increased so the staffroom had to be used as a classroom.

The school re-opened on 23rd October 1939 with 451 children on roll in 2 shifts A & B. Air raid and gas mask drills were held daily and later these became live evacuations to the school shelters as more air raid warnings were declared. The shelters were regularly used until Summer 1944 and in May 1945 the school was closed for 3 days V.E.Holiday when various areas of Laindon held quite large parties in the open air to celebrate V.E.Day.

The school was involved in the development of the Essex Agility Apparatus from June 1944 and in April 1945 47 children were taken to London by coach to demonstrate the apparatus. This event led to the school being given the P.T clothing that the children wore on the day for the future use of the school. They had taken delivery of the first set of apparatus in 1944 and were among the pioneers of this sort of activity for children attending school. Physical training had become part of the school curriculum.

By 1951 the number of children at school totalled 521 and the school meals were now cooked and served in a newly erected purpose built canteen and dining room. Real school dinners had arrived and semolina was here to stay.

Miss. Duke retired in July 1964 and Mr. R.Onions became headmaster of the junior school and Mrs. M.Moon became headmistress of the infant school which by now had been built alongside the original school.

The school was re-named Janet Duke School in October 1964 as a tribute to Janet Duke for her sterling contribution to the school and its pupils since it was opened back in 1933.

In February 1974 the school was broken into and a fire was started. Total damage took several months to repair and cost several thousand pounds and unfortunately the school log books between 1955 and 1963 were destroyed.

Mr. R.Onions retired as headmaster in July 1983 and Mr.D.Pulham appointed in his place.

John and Ann Rugg contributed this article with acknowledgements to Brian Richardson, Eve and Tony Scott and Wendy Eagling for producing the Souvenir Booklet “50 years on” from which some of this material was extracted.

By Ann and John Rugg