35 year wait is over 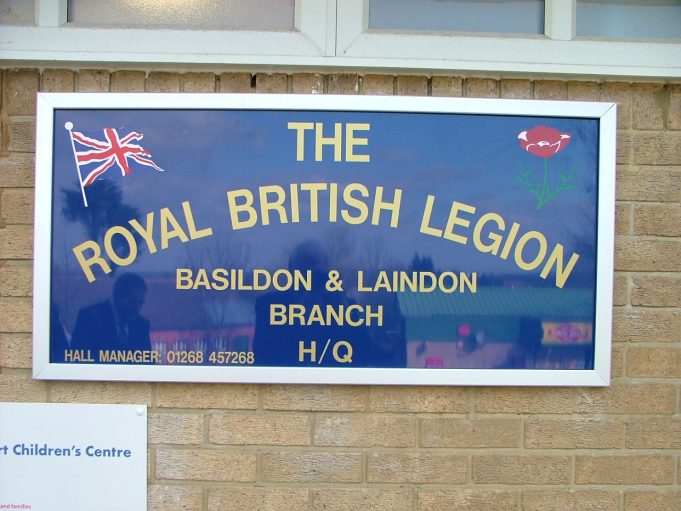 Laindon and Basildon British Legion branch officially moved into their new home at the ‘Triangle Community Centre’ in High Road Langdon Hills on the 6th March 2010 after 35 years. 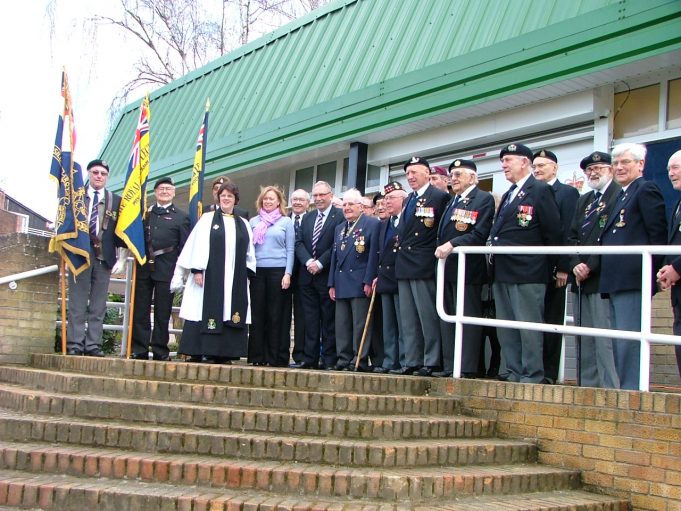 Photo shoot outside the Triangle hall. Rev.McCafferty and Angela Smith in the forefront

It was officially opened by Hans Wusterfeld from the Eastgate Centre.  The centre was where the branch used to store its poppy collection equipment because they did not have a home. The new base was also blessed by Rev. Ester McCafferty from St Martin ’s Church, in Basildon town centre.

The opening ceremony was also attended by local dignitaries, including the then Basildon MP Angela Smith, now Baroness Smith of Basildon. 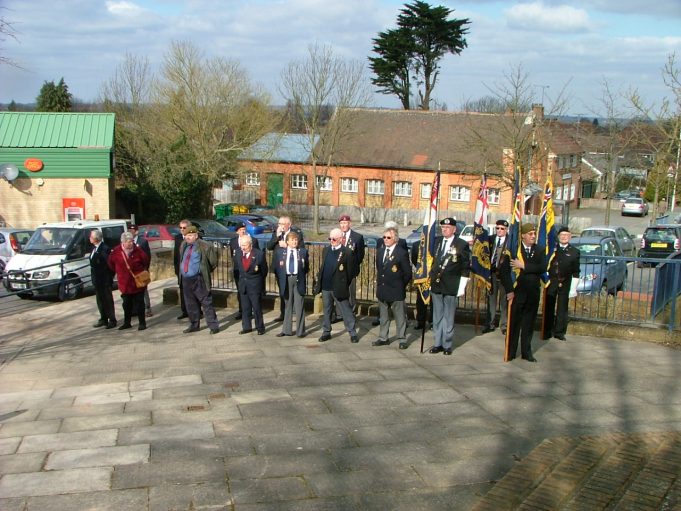 The branch lost its hall in Laindon, next to the Laindon High Road School in 1975 when it was sold and demolished for housing.

This old hall was built in the early 1920s. The War Memorial that stood in front of it was unveiled on the Saturday afternoon of the 19th September 1935 . It was a gift of Mr A.E.Symes of Brentwood and Stratford and it was one of his daughters Mrs Mclachlan who carried out the ceremony. The dedication was carried out by Rev. M.N.Lake, chaplain to the branch and Rector of Laindon. Prayers were offered by the Rev. T.W Shepherd, Pastor of the Laindon Baptist Church, Langdon Hills.

The memorial inscription commemorates both the two world wars: TO THE GLORIOUS DEAD 1914 – 1918 LAINDON AND DISTRICT 1939 – 1945. “AT THE GOING DOWN OF THE SUN AND IN THE MORNING, WE WILL REMEMBER THEM.”  It is non-denominational and there are no individual names inscribed. 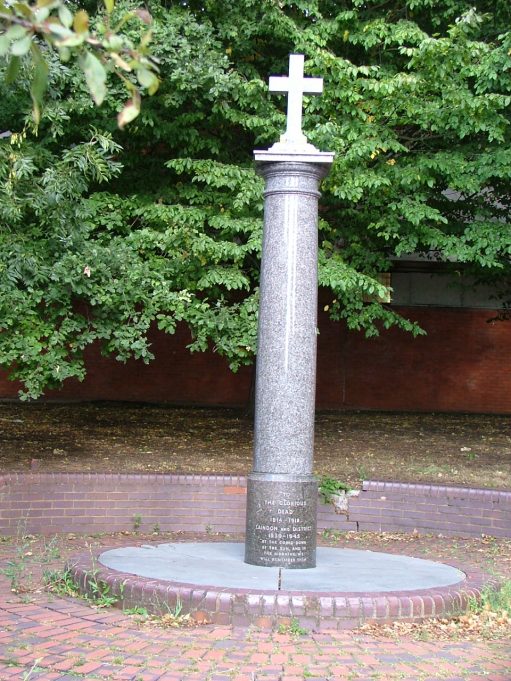 The memorial currently stands in the High Road in front of the Laindon Shopping centre. Discussions are currently going on to where it is to be placed once the shopping centre is developed.