You are here: HomenextEventsnextMemory WalksnextWalks we have EnjoyednextLaindon Park Conservation WalknextWhat you could have seen on this walk in the past (1 of 3) 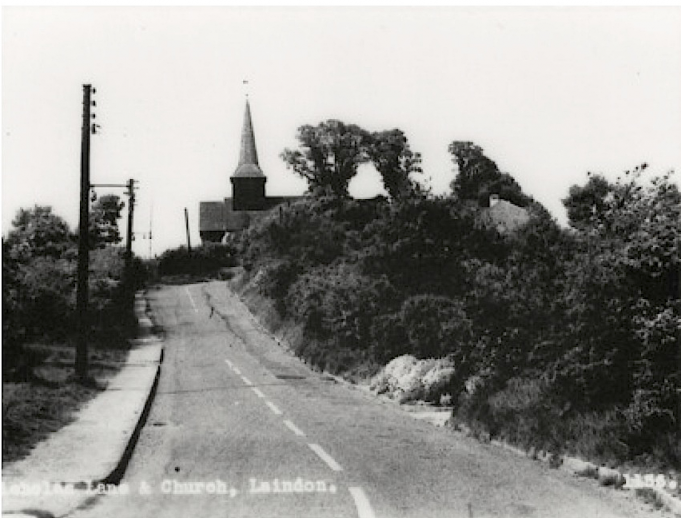 Looking up the hill it has not changed much, apart for the different street furniture. No to tell a lie there is one difference the weather vane was still in place on the church spire!! That went missing around 1962 and has never been seen since.

As we go up the hill notice on your right hand side the entrances to the properties that were once on the hill. There were approximately three bungalows up to the church, that were all demolished in the mid 1970’s. 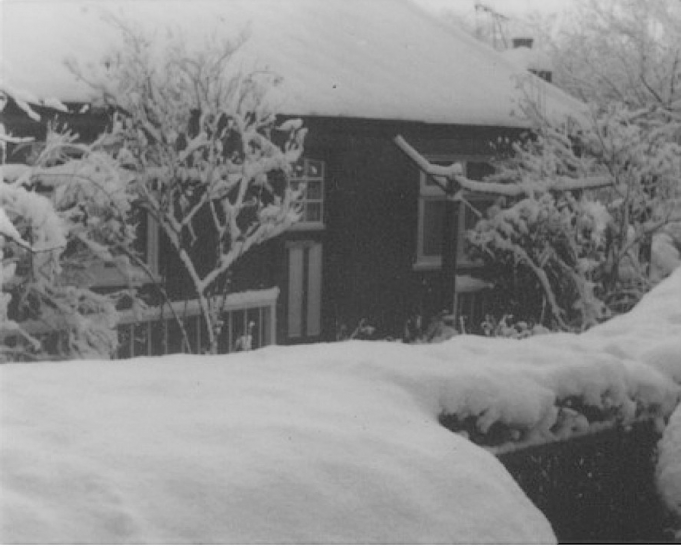 Bungalow that was in Hilltop Rise 1984 just before demolition

Barry took this photograph back in 1984 at which time this bungalow was empty awaiting demolition, unfortunately we do not know the name of it. The lady that lived there had lived in the bungalow for as long as anyone can remember. She live there on her own in this isolated location, all the other properties having been cleared years beforehand. She could often be seen walking up Hilly Road from St Nicholas Lane with her shopping bags just prior to this photograph being taken. She was moved into Council sheltered housing.The bungalow was demolished about two weeks after this photograph was taken.

There were approximately twenty five plots of land and dwellings on Hill Top Rise that ran from from Hilly Road eastwards to where Upper Main is now. 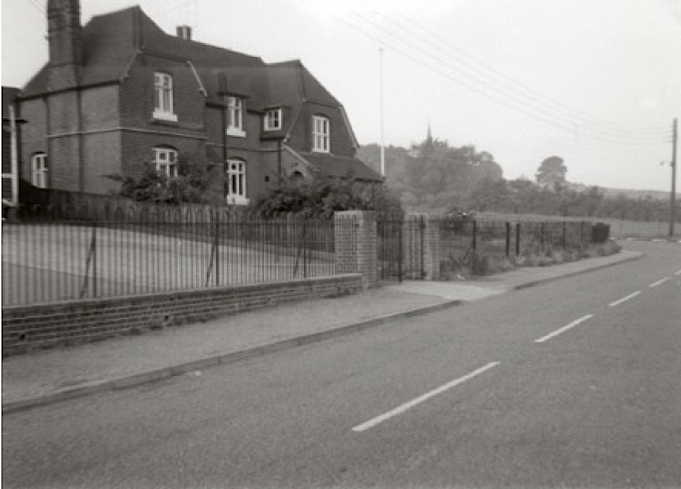 Laindon Park Junior School was the First Board school built in Laindon.  It opened its doors in September 1877 at which time it was called as St Nicholas Board School. The opening followed the closure of the School at St Nicholas Church known as Puckles Charity Schools, that had been in  existence since the 1620’s.

Laindon Park celebrated its centenary in 1977 with all the children dressing up in clothing they would have worn in 1877.  The school was also known, affectionately, as Donaldson’s after the head Mistress Miss Donaldson who relentlessly campaigned on the subject of school meals and the lack of a canteen at the school.  This campaign went on for four years when finally in October 1941 the school canteen was opened so the children could have a hot meal every day.  Miss Donaldson wrote in her log book “it is hopeless trying to teach starving children”.