You are here: HomenextPeoplenextRecreation and EntertainmentnextAcross the footlights - Dorothy Reeves (4)

Across the footlights - Dorothy Reeves (4) 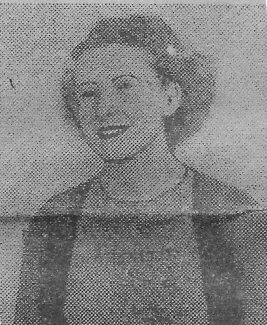 Another local celebrity from the newspaper archives – Laindon Recorder March 1951:

Dorothy Reeves and her parents came to live in Laindon from London to escape the Blitz during 1940 and it was lucky for them and the Laindon Operatic Society. They decided to stay after their home was later destroyed by bombs.

Dorothy came to be introduced to the Society when as a schoolgirl, she joined the St Nicholas Church Choir. The choirmaster Mr Holland, who also produced the operatic shows on discovering her fine voice, managed to persuade her to join the society.

In the show “Merrie England”, Dorothy played the part of Bessie Throckmorton the Queen’s lady in waiting. She also played the leading lady in “Goodnight Vienna”.

Her other Hobbies: reading and embroidery – does anybody remember her?