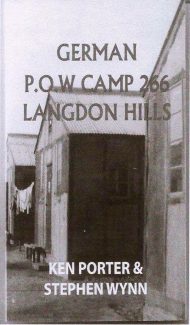 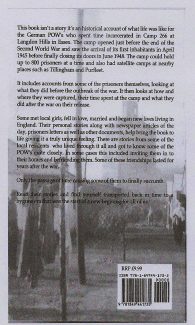 This book isn’t a story it’s an historical account of what life was like for the German POWs who spent time incarcerated in Camp 266 at Langdon Hills in Essex. The camp opened just before the end of the Second World War and saw the arrival of its first inhabitants in April 1945 before finally closing its doors in June 1948. The camp could hold up to 800 prisoners at a time and also had satellite camps at nearby places such as Tillingham and Purfleet.

It includes accounts from some of the prisoners themselves, looking at what they did before the outbreak of the war. It then looks at how and where they were captured, their time spent at the camp and what they did after the war on their release.

Some met local girls, fell in love, married and began new lives living in England. Their personal stories along with newspaper articles of the day, prisoners letters as well as other documents, help bring the book to life giving it a truly unique feeling. There are stories from some of the local residents who lived through it all and got to know some of the POWs quite closely. In some cases this included inviting them in to their homes and befriending them. Some of these friendships lasted for years after the war.

Only the passage of time causing some of them to finally succumb.

Read their stories and find yourself transported back in time to a bygone era that was the start of a new beginning for all of us.