Social Services in the days in days gone by 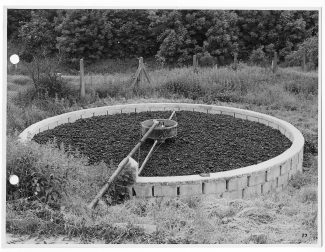 There have been a number of references to the Workhouse in articles, the latest in the  A look at the lives of our ancestors  and although there was not a traditional workhouse in our community we did have the work Colony at Dunton. The nearest workhouse, which would have covered our community was Billericay.  Few will remember it as such but many more will be aware of it as St Andrew’s Hospital Billericay.

The buildings that formed the workhouse are still there, even though the Hospital has been replaced with residential accommodation. The buildings being converted into flats.

The references to workhouses triggered the following memory from William Diment:

One part of old Laindon which has not as yet been mentioned is workhouse for the old and destitute local people. It was situated at St.Andrews Hospital, Billericay. The word workhouse conjures up visions of dark and grim places and it came as a surprise when I first visited one.

It was on coronation day of King George V1 and a group of us had arranged to give a concert for the inhabitants. We had to change our costumes in the kitchens, which were spotless and had large copper cooking vessels which were gleaming, as were the kitchen tools and work surfaces. The old people were clean and appeared well fed and happy and not at all dispirited as there was considerable audience participation in the way of banter and joining in with songs which they knew. Although they were in a closed environment, an had a lifestyle far superior to those living in the plotlands from which many of them came for their twilight years.

I do not believe this place survived for many years after possibly due to experts in social care believing they would be better off in the community where today many old people today live in isolation dependant on a few hours a week care attendants and the delivery of a microwave meal.

In William’s comment below he mentions that the Colony had its own sewage farm. Ken Porter has just sent me the following photograph of the plant which will be familiar to many who have travelled to Fenchurch Street on the LT & S railway (C2C).