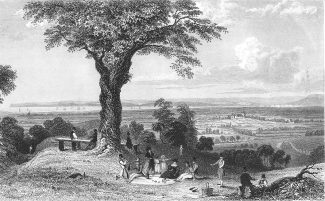 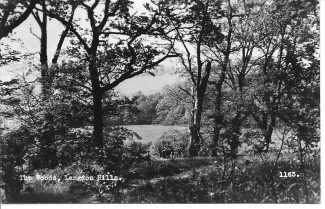 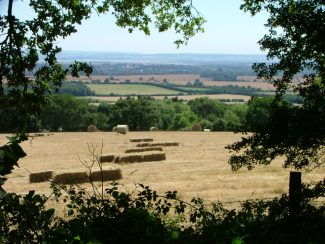 zoom
View from langdon Hills towards the Thames - 2006
Ken Porter

I recently took a trip with colleagues to the British Newspaper Archives at Colindale. To my surprise I found that there was a Laindon Recorder newspaper for 1909. The reason for my surprise is that Laindon Recorder most of us remember did not start publication until the early 1930s.

I had been to the Colindale on several occasions before and had never located this particular publication. I should have been researching with my colleagues the First and Second World War but I left them to it and I concentrated on this new find.

It’s amazing how long it takes to go through a whole year of a paper, we got there at 10am, did not get the papers until 11.30am, we had a short break for lunch and left at 3.30pm and I only managed to get through three quarters of the year and I am sure I missed quite a bit.

The first thing that struck me with the reports was that every reference to Langdon Hills was spelt Laindon Hills. I just cannot get my head round why they insisted on calling the area Laindon Hills but how often today do you find reference in the local papers to Laindon when in fact the area they are referring to is in Langdon Hills.

The following are a few of the reports that I came across: –

A Correspondent writes: – “Never should such a fallacious statement be made as that life in country villages is too tame and monotonous. With our brief experience as regards Laindon and Laindon Hills, we should certainly say that the contrary is the case as far as inhabitants of this lovely, salubrious spot are concerned, for what with church and dissent, concerts, whist drives, debating societies, billiard matches, pantomimes at parish meeting, etc., life must be of continual interest to all with pleasurable anticipations as to what will happen next.”

In the 2nd June addition the following adds credence to the above correspondent: -

The influx of visitors to Laindon and Laindon Hills for Whitsuntide is proof of the rapidly growing popularity of this pretty district as a holiday resort. Numerous attractions were provided under the personal supervision of Mr Brockwell for those of the visitors who preferred active recreation to rest, while Laindon in its natural state provided for those otherwise inclined. Throughout Sunday and Monday the place was thronged with holiday makers from whom many expressions of satisfaction at the desirability of Laindon and “the Hills” could be heard and who will doubtless spread the news of their visits and thus add still more to the reputation which the district all ready enjoys among its visitors.

I wonder what those visitors would think of Laindon now, 100 years later.

The district did not lack an occasionally bit of excitement. In the same addition we find the motor car making an appearance.

It is understood that the advent of a new resident (in more senses than one) in Laindon will be fittingly celebrated to-day by a prominent local gentleman. Rumour has it that a motor car, with flags flying, will make the trip from Southend to Billericay and thence to Laindon, via the “Fortune of War” for a triumphal entry. We join in wishing long life and happiness to the recipient of these honours.

The reference here to the Fortune of War is the old inn situation on the cross roads of the High Road, Noak Hill Road, Wash Road and Dunton Road and not the new inn that was not built until the late 1920s following the building of the Arterial Road (A127) in the mid 1920s.

On Monday evening some excitement was caused by a balloon which ascended from Alexandra Palace. Passing over Laindon, it was the intention of the aeronauts to alight at Blue House Farm but the balloon passed and dropped a mile and a half away. One of the occupants unfortunately hurt his leg by some barbed wire. Owing to the balloon being so near the ground a good many people followed it until it came to earth. Ultimately the balloon was packed and sent back away from Pitsea station soon after ten o’clock .

There were a couple of court cases reported that I found amusing: –

Thomas Starling, Labourer of Great Burstead was charged with using obscene langage at Laindon. Mr George Wade, landlord of the Fortune of War Inn gave evidence regarding the use of the language on his premises – The bench inflicted a fine of 5shillings and 4shillings cost.

James Hollowbread labourer of Laindon was found guilty of a similar offence at Billericay on July 28th. Pc. Gilby proved the case and the defendant was fined 7shillings and 4shillings cost.

How things have changed.