Built in our hour of need and now returned to farmland 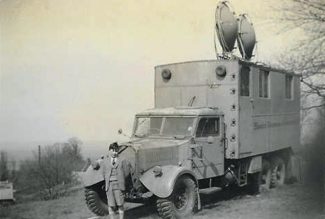 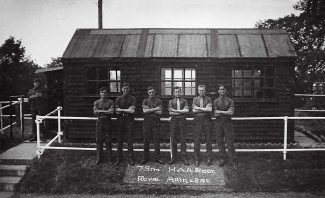 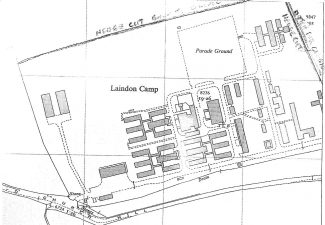 If you take a stroll down Old Church Hill, Langdon Hills, past the Old Church of ‘All Saints’ and just before you get to the junction with Lower Dunton Road you come to Bentley Farm the home of the former Army Camp.

It would appear that just before the Second World War the land was acquisitioned from local farmers and the camp built.

The huts were shaped like an elaborated letter ‘H’ consisting of five barrack rooms and a block of ablutions and latrines, all connected. They were given the nickname of ‘Spiders’. There were four blocks and with each barrack capable of sleeping 40 personnel, meant that at its peak the camp could hold 800.

Each barrack hut had a N.C.O room known as ‘bunks’ and they were shared by two Sergeants or Bombardiers (the equivalent of Corporals in the Infantry).

In addition to the accommodation blocks there were washing and toilet blocks with concrete floors, very spartan  but  kept clean and very well maintained. Cook house and dining hall, again very spartan, concrete floors, trestle tables, but as always maintained to a high standard, with the food being very good. The Orderly Officer inspected and asked for complaints daily. The camp was powered by electricity, a luxury many houses in the area did not have.

There were at least two Anti Aircraft guns on site and a searchlight and no doubt they saw a fair amount of action during various stages of the war. However I have found very little information of the camp’s activity during the war. Most of the information is about the period after the war with the camp more or less becoming a ‘transit camp’ where troops were sent before being demobbed. To keep them entertained there was a weekly dance in the N.A.A.F.I. (Navy, Army and Air force Institute) canteen, where a number of the local girls would be invited. Many a soldier would have had to walk the girls home up Old Church Hill; it must have been quite an eerie experience for all concerned.

The Crown Hotel where dances were held in the hall at the back and the Laindon cinema were also some of the soldier’s favourite haunts.

Sports activities were high on the agenda. In 1954 they ran a successful sports day at the camp, transporting the local civilians to the camp in the army lorries. Laindon Community Association arranged side shows and special races for the children. Proceeds went to the Laindon Community Hall Fund.

On the 23rd April 1954, Michael Miles of the BBC Light Programme visited the camp, then referred to as the ‘Embarkation Establishment’ to record his programme ‘MILES AHEAD’. It was transmitted on Friday the 18th June 1954.

The programme was opened and closed with the following signature tune: –

‘Whether you’re in the Navy, Army or the Air force

Come and join us every Friday night at seven thirty

And we’ll all be ‘Miles Ahead’.

It was a very popular programme of its time.

Some of the units that appear to have used the camp are as follows: