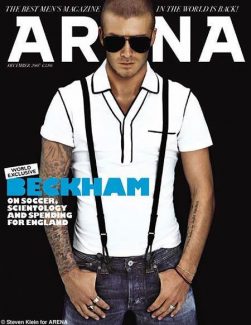 As I already reported earlier on this website, Nick Logan lived in Laindon for one year in a modern house in Basildon Drive. He came to Laindon High Road School in 1958 in the Autumn term into Mr Rosens class. He quickly became known as a brilliant schoolboy who had above average intelligence, I always wondered why he was put into Upper IB instead of the A stream, maybe it was because he was new to the district having moved in from Lincoln.

At first Mr Rosen placed Nick in a group away from where I was sitting and located him near children who had come in from Langdon Hills School and Markhams Chase. I was located with fellow Laindon Park school friends for the first term. In the term after Christmas the whole class moved to a different room and Mr Rosen put myself and Nick together near the back of the class, quite a trusting thing to do considering my previous reputation for being a chattery little rebel!!

I learnt a lot by sitting near Nick and Mr Rosen seemed to look favourably on us. This was useful because in the second year I was moved up to Upper 2A with Mr Rees. Nick moved away from Laindon in 1959. I never heard anything from him until one day in 1969 I was reading New Musical Express and saw that a young reporter doing an interview with the Walker Brothers (Scott Walker etc) it was Nick Logan. I wrote to the paper and Nick replied saying he was married and living in Leyton. I was then able to track his soaring success from a distance. Nick eventually  became editor of NME and wrote and published a best-selling paperback called The NME Book of Rock which I quickly went out to buy in the mid 1970s.

In 1980, as Tony Quinn describes at Magforum.com, Nick had launched The Face, using £12,000 he raised by mortgaging his house (Emap publishers had turned the idea down). It called itself ‘a visual-orientated youth culture magazine’ and was the sort of magazine he wanted to read. He also invented Smash Hits for Emap. This background showed in the music focus of the early issues. It was in the right place – and had the right designer in Neville Brody – to become the ‘house magazine’ of the New Romantics, Boy George and the clubbing scene. By the late 1980s, The Face had  become a style bible for the under-25s and was selling 88,000 copies a month.

However, male readers who grew too old for The Face still had nowhere to go, so Nick thought up Arena as a quarterly, niche title, with a mix of fashion, fads and fiction, and again designed by Neville Brody. It hit the streets in 1986.

Despite industry scepticism, Arena was an instant success and a later editor, Dylan Jones wrote, “When Arena launched in 1986, it caused a huge media stir because it was the first general-interest magazine to be launched in the UK since the demise of Michael Heseltine’s Town in the sixties. Nick Logan, the publishing wizard who had conquered the youth market with the NME, Smash Hits and The Face, proved everybody wrong. After six months, his brainchild was selling more than 50,000 copies. Launched on a wing and a prayer, it gained a circulation of more than 65,000 in its first year, proving that the Bermuda triangle of British publishing was nothing more than a myth.”

In November 1988, the strain of having a second title led Nick to sell 40 per cent of his company, Wagadon, to Vogue publisher Condé Nast. He said at the time: ‘The magazines are still under our control. But the deal will allow us to grow at a natural pace, knowing there’s a cushion of support under us.  Arena was selling 66,500 copies an issue and was a spur for Condé Nast to launch the British edition of GQ a year later. However, Nick Logan denied being formally involved.

So here we are in 2012, Nick and I will be 65 this year, a privilege shared by Elton John and David Bowie. Nick has already long retired and is reputed to still be living in the London area. I consider myself lucky to have met Nick because I feel his influence helped me up to the top level in LHR at the earliest possible stage. He also introduced me to many of the pop records around at the time in those early days including King Creole which was a number one by Elvis that 1958 Christmas and Charlie Brown by the Coasters another of our favourites in Summer 1959. I’m still combing the 1958 photograph looking for him but no success yet. Let’s hope he gets to read this website.

Editor: As you will see from the comments below it appears that a considerable amount of this article was obtained from another site without either obtaining permission or attributing the article, this is a breach of copyright and could leave us open to legal action. As we are a voluntary group this could be disastrous, in this instance Tony Quinn has asked that I add a link in the article which I have done. Please take note and be more careful in future.