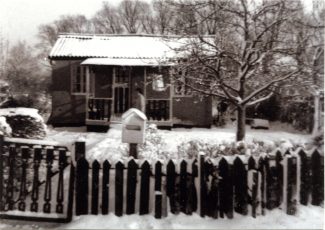 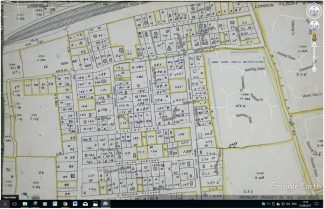 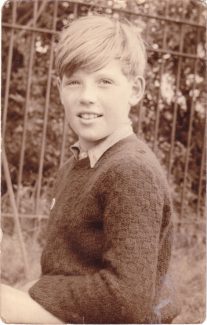 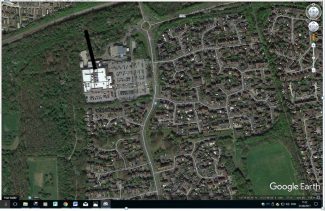 zoom
Overlay map showing then and now. The black line indicates where Colony View Road used to be in relation to the Tesco Stores.
Ordance Survey and BDC 1949 Survey.

David Edwards has kindly supplied a photo of his grandparent’s bungalow which was situated on an unmade road called ‘Colony View Road’ which was off Berry Drive.  Like many plotland bungalows it started as a weekend retreat until his grandparents moved in permanently.

The bungalow was called ‘Elsa Villa’ and David remembers living there in the early fifties at which time he attended Dunton School which meant a trek across the fields and back each day.  He has many fond memories of the time he spent in the area and recalls that the bungalow didn’t have running water.  Rainwater was collected in tanks in the garden where it was filtered before being carried into the bungalow in jugs or buckets.  However, there was a ‘water box’ a short distance along Berry Drive.  A key was needed to open the box which contained a tap from which buckets could be filled. The BDC’s1949 Survey describes ‘Elsa Villa’ as consisting of 1 room, with timber and asbestos sheet roof. It is shown as plot No. 58 on the map below. Click on the map to enlarge the image.

In the mid-fifties David moved to a new house in Kathleen Ferrier Crescent (opposite the shops) with his parents and siblings.  He had two brothers, John and Tony and two sisters, Margaret and Linda.  From 1956 David spent his last year of primary school in Mrs Sparey’s class at Markham’s Chase School before transferring to Laindon High Road School in 1957, aged 11.

He is now very interested in tracing exactly where ‘Elsa Villa’ had once stood and recently paid a visit to the area.  Colony View Road lay to the side and back of where the Tesco Store’s petrol station now stands.  The area is very overgrown but it is possible to walk through it using a track which used to be a bridle way and foot path. Here, at least two surviving Elm trees can be seen amongst the brambles.

David married when he was 21 and after one or two moves, he is now happily settled in Wickford with his family.  However; he still retains many happy memories of the time he lived in the plotlands.