You are here: HomenextAreas and PlacesnextLaindonnextHoliday Souvenirs from Laindon and Langdon Hills 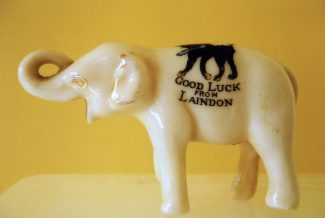 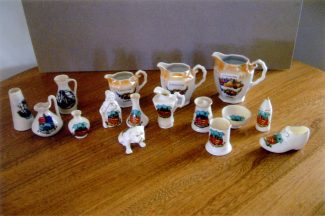 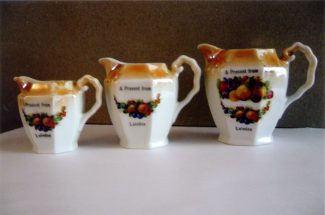 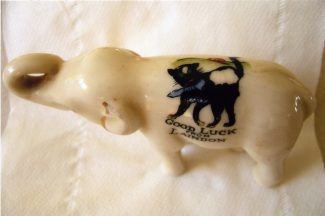 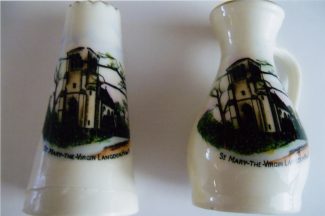 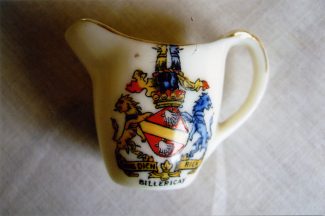 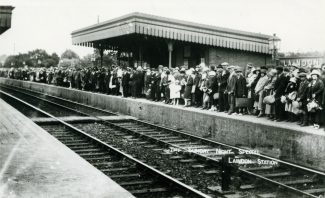 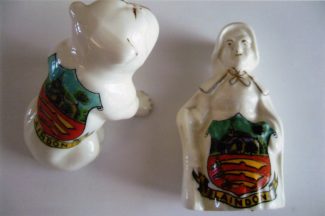 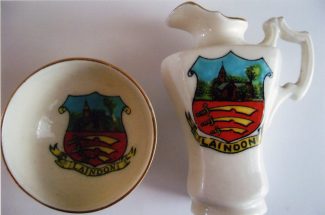 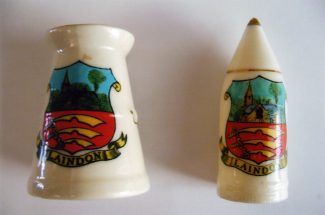 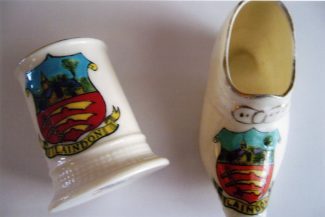 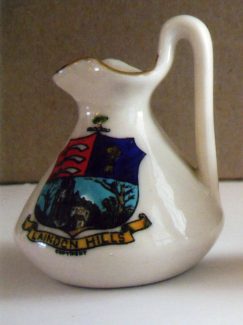 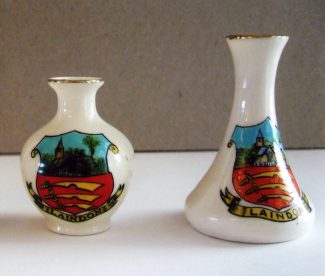 I was recently shown this little china elephant by a person who had been given it by an old Laindon resident years ago. I was amazed that it should mention Laindon and when speaking with Ken Porter about it I found that he also has been seeking out these little gems and has a lovely collection of about 16 of them. He only has one other animal, a bulldog, and most of his are jugs and china objects in what is known as crested china, all having the Essex Crest plus a local church on them.

One little jug has a different church (St. Marys?) and it mentions “Laindon Hills” and two other items actually have “St.Mary-the-Virgin Langdon Hills” without any crest.?

Having photographed these items we decided to publish them on the Archive site to see if maybe there are any more out there. Maybe in Grandma’s china cupboard or in people’s memories from long ago? I also wonder if anybody has any ideas about who in Laindon would have sold them?

When I was a child I was given quite a lot of crested china by a lady “weekender” who used the bungalow in Brentford Avenue at the bottom of my garden. Our home was in Edgware Drive but the garden was long and the back way in was next to her. The china she gave me was from all sorts of holiday venues but mainly seaside resorts like Brighton, Bognor Regis, Isle-of-Wight, Ramsgate and Broadstairs which of course I never visited until grown up. I do still have one little jug from Billericay though which is the nearest to home for me.

While remembering souvenirs my job on a Sunday evening, when I was about 6, was to stand by our back gate with a bucket full of flowers grown in our garden. Dad had tied them in small bunches to sell to the happy weekenders trudging up Brentford Avenue and over Blue House Farm fields to Laindon Station on their return to London. Maybe on the “Sunday Night Special” – photo also published. Knowing this photo is well before my time but knowing the “Weekending” went on for many years after that was taken. By the way I think my bunches were sixpence each and together with a few eggs and vegetables Sunday evening well subsidised the coming week’s housekeeping for Mum and Dad and I even gained a few coppers to spend in Lawrences during the next week.

When I was a few years older the same visiting friends would deposit any old jumble they had and I would borrow a push chair and walk down to Denbigh Road, Laindon where Frank Wood gave me a few bob for the rags and wool that I had brought him. I can remember getting up to two shillings a trip but this I had to save in my Post Office book for a rainy day!!  These two little jobs set me up for life really. Having never been rich but always thrifty and resourceful as were most other Laindoners at that time!!