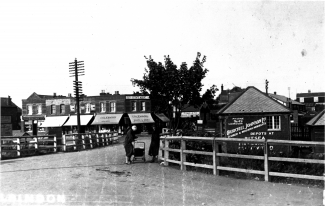 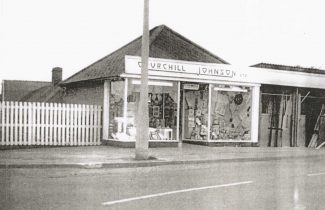 zoom
Churchill Johnson's from High Road (as I remember it) 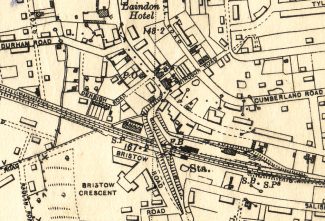 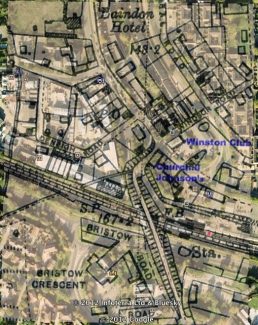 Damage estimated at ten thousand pounds was caused by a fire at premises belonging to Churchill Johnson, Ltd. timber and builders’ merchants, Laindon, on Sunday night. An extensive timber wharf and stores, containing thousands of tins of paint and other builders’
materials, were involved.

The premises, which were a mass of flames when the Great Burstead Fire Brigade arrived, were entirely destroyed.  The Brigade, under Capt. J. W. Wheatley, promptly  responded to the call.

There being no hydrant in Laindon, the nearest water supply was a  wash-out on the 3-inch main in Durham Road, and a 1,000 feet hose was run out, but the pressure  with such a small main was hopelessly insufficient, and the Brigade were severely  handicapped.  Later a supply was found in the ruins of the old mill on the south side of  Laindon station, and the progress of the fire was stopped.  Two horses were stabled in the yard, and were released by Mr. Cochrane, and some lorries were saved.

The Brigade remained at work all night.