You are here: HomenextAreas and PlacesnextLaindonnextPhotos - Regal Club Outing and Markham's Chase 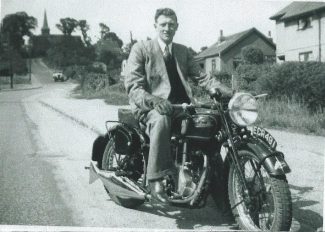 The following two photos were submitted by Brenda Brooks (Gray):-

This was a Regal Club outing to the seaside. Does anyone know where this was taken?  My sister Christine is in a bikini in the middle with Mrs Wiskin on her left and next to her is Mrs Dibley.