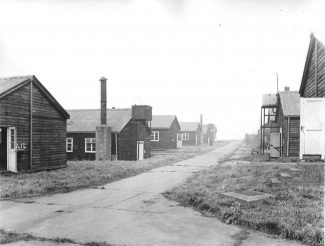 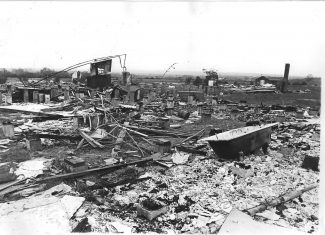 The camp was built towards the end of 1938 and became the home of first conscripts for World War Two. It was last used in 1953 for troops bound for Korea. Approximately for the next ten years the camp was used by the Ministry of Defence for storage and the Royal Army Ordnance Corps (RAOC) was stationed there for a time.

It then stayed empty for many years before eventually coming under the auction hammer on the 22 November 1973 and at the time it was understood that the Essex County Council were interested in turning the site into an overnight caravan park for holiday makers. Their thinking was that it would make and ideal spot for caravanners making their way from London on route to East Coast. In fact a planning application for ‘Overnight parking centre for touring caravans, together with reception office and toilet block’ was lodged on the 1 January 1974 but was subsequently refused.

At some later date it returned to farm land and is now part of Bentley Farm.

For more information enter Army Camp in the search button at the top.