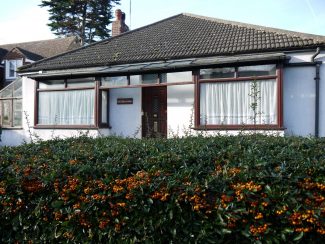 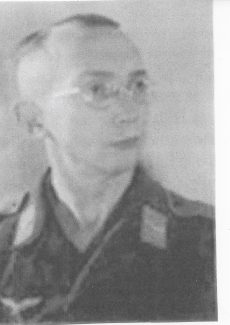 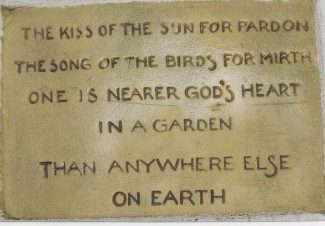 Another one of our old bungalows is disappearing into the mist of history. The bungalow is ‘Cornerstone’ situated on the corner of the High Road and Alexandra Road, Langdon Hills. The building like many others that have been demolished over the past sixty years was built in the 1920s. So, what is so special about it. Well in 1947/48 Waldemar Duemke a German prisoner from the POW Camp 266 situated in Dry Street Langdon Hills founded ‘The New Apostolic Church’ a non-conformist church, with services being held in the bungalow.

Soon after the war Waldemar’s wife and three children came over and helped set up home in ‘Cornerstone’. Frederick one of his three children went to Laindon High Road School – I wonder if anybody remembers him or the family come to that?

The room where the services were held was initially two rooms converted into one and at the far end of the room a small platform was built for the alter. It was not long before he had a thriving choir of approximately twelve from the local community.

I am not sure when it actually stops being a church but by late 1940s and early 1950s it merged with another church and it closed down.

So, with its demolition another bit of our local history is disappearing.