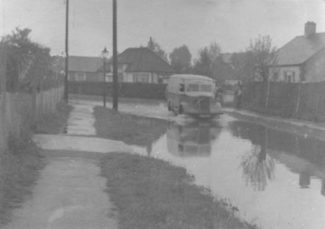 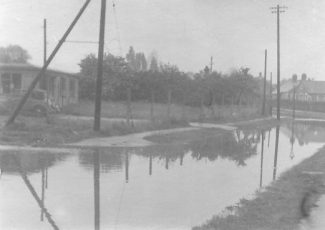 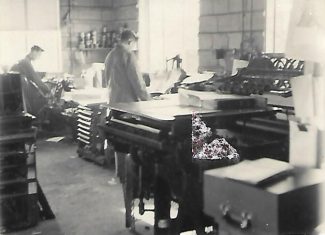 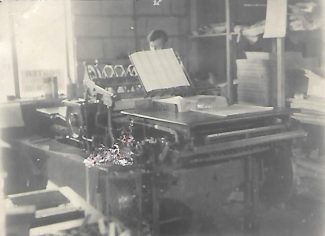 The firm was inaugurated and owned by my parents, Francis and Ethel Grant, of Victoria Avenue, Langdon Hills, from 1947 until his retirement in 1966.

Before the war Dad worked for many years with British East-Light Ltd, of Barking, famous makers of box and lever-arch files, as a “commercial traveller” (in those days a regular employee’s title), and served customers all over England. Even then his annual mileage was over 20,000, quite some feat for his Morris Ten! Then he was up-graded to a Morris 12 and became head traveller, putting things right in any part of the country for his band of travellers who encountered problems.

One fateful night in 1942, during an air raid, he viewed a big conflagration in the direction of the firm’s factory in Barking, and experienced a feeling of disaster, which he told us about when he returned to where we were sheltering indoors.

He was unfortunately right, and received the news next morning on the phone. So he was out of a job, had to return the car, and that was that after all those years.

So he researched the possibility of renting an office near to Fenchurch Street station, and set himself up as “F A Grant – printer and stationer”, since he had experience of both in his previous jobs. So he started up in Lloyds Avenue, Fenchurch Street, and grew from there.

He met up with George Best in 1945, after the war, who was an ex-machine operator, and they decided on a registered partnership, which was titled “Grant-Best”, at a basement workshop at 351 City Road, Islington.

Dad became suspicious that Best was doing work outside hours without checking with my father first, thereby cheating the firm, and we all three drove up there one evening and caught him red-handed using the firm’s materials for his personal sales, and not paying for them. My parents decided to ditch him, and duly paid him out his estimated half share.

The manager was a Mr Feaner, who came up daily from Southend to Islington, and turned out to be a real asset for them. A customer of Grant-Best was Costain Concrete, of Childerditch, who supplied concrete blocks and plans for building works. A parcel of land with a brick air-raid shelter on it came up for sale, they bought it, and developed the factory in Durham Road, Laindon. Mr Feaner meanwhile dismantled all the machines and they were transported to Westley Hall farm barn, Langdon Hills for storage and his continual maintenance.

Grant-Best Ltd. was duly created there by Mr Feaner’s assembly from the barn of a Heidelberg platen, a hand-operated platen, guillotine and type-cabinets, and started supplying print and stationery to the waiting array of customers, including new ones from the Laindon area, and Basildon new town. A cylinder printing machine was bought later to cope with Limerick’s catalogue, a prestigious mail-order catalogue produced by Grant-Best before the days of regular catalogue-buying.

In 1955 his son Eric had completed his two-year National Service in the Ordnance Corps (vehicles), which was after obtaining his degree in printing from 1948 to 1951 at the London School of Printing, and joined the firm.

In 1966 both Francis and Mr Feaner became 70, so Eric was given the option of continuing with the printing business, or building up his and Marion’s motor trade business, already in operation in Southend, later Upminster, then for 20 years at Grays. Francis chose therefore to sell the business complete, ensuring the employment of the staff, and rent the property for his pension, until his demise in 1972. The factory was then rented and later sold to Tony Dow for his ice-cream business, and thence to the tyre firm that occupies it to this day.